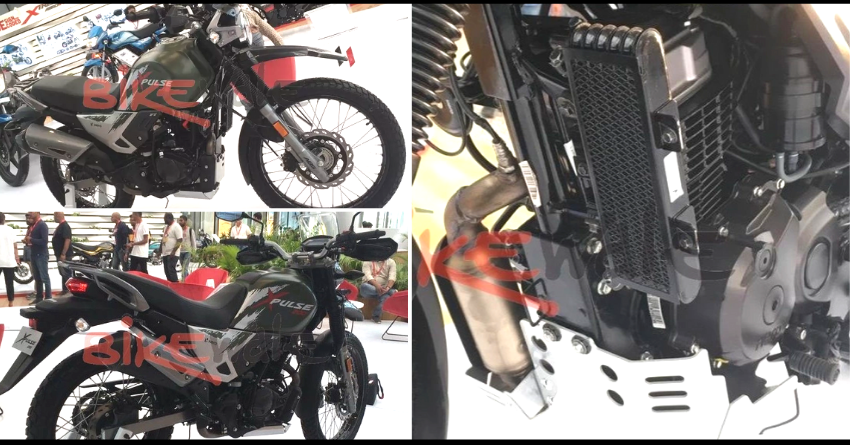 Quite agile and throttle-happy

As a proud owner of the BS6 2020 Xpulse 200, I can confidently say that it has been a great experience so far. The good part has only gotten better with time and I have no complaints apart from a faulty fuel pump issue which got resolved under the warranty. The only downside I faced is that, being a rider on the heavier side (weighing 100+kg), it is difficult to carry a pillion. Riding into a pothole or a speed breaker causes the lower portion of the bike to grind the asphalt or the paved surface of the trail. But apart from that, for trail riding and touring solo, the Xpulse 200 is quite agile and throttle-happy. I love this bike and I am planning to upgrade to the Xpulse 300/400 if the company gives the green light for commercial production. Cheers!

Gazal Singla | One month ago
helpful 0

I’m really happy with my XPulse 200. I’ve used it on highways, cities, and off-roads, and it’s been great in all scenarios. The mileage is great, the comfort is great, and it’s definitely a mighty bike. I’ve recommended it to many of my friends, and around 7 or 8 of them have ended up buying the bike too.

The XPulse is the best vehicle for on-roading and off-roading. Its road grip is awesome and it’s budget-friendly. The only issue I’ve had so far is that it needs some fine tuning with the chain settings and clutch settings. But overall, it’s a great value for money.

Xpulse 200 is a great ADV bike and offers great performance on off-road trails. The power output is strong enough for highway use and is quite capable. The bike is quite comfortable and the ground clearance is quite good. The mileage is good at 40 km/l and the maintenance costs can be a bit high but overall it's a great bike. The only issue that I have encountered is the chain sprocket problem, rear suspension leaking and engine overheating issues. But overall, the Xpulse 200 is a great bike and I would highly recommend it.

Really satisfied with the overall performance

I have been using the Hero XPulse 200 4v for more than 8 months now, and have been really satisfied with the overall performance. Initially I did face some engine heat issues, but after the third service, the problem was taken care of. I also decided to modify my seat, and I must say, it has made my riding experience much more comfortable.

In terms of mileage, the Hero XPulse 200 4v is one of the best in its price range. It has been consistently delivering a good mileage on a regular basis, which has been a major plus point for me.

Great average in the 200cc

The Hero XPulse 200 has great average in the 200cc segment and its headlight power has been increased. However, it still falls short of being a completely off-road capable machine. The built quality of the bike is good and the mileage is also commendable. All in all, the Hero XPulse 200 is a great bike for long rides and adventures, especially for those on a budget.

Hero motors best bike till now in my point of view

So many people waiting for this bike awesome look bike