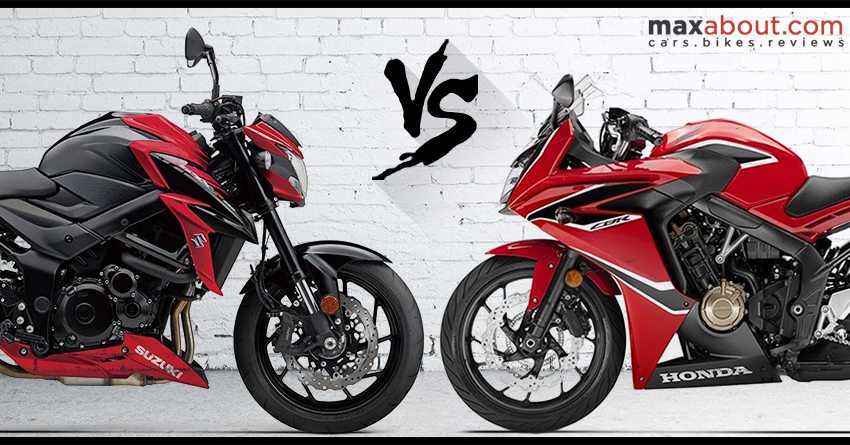 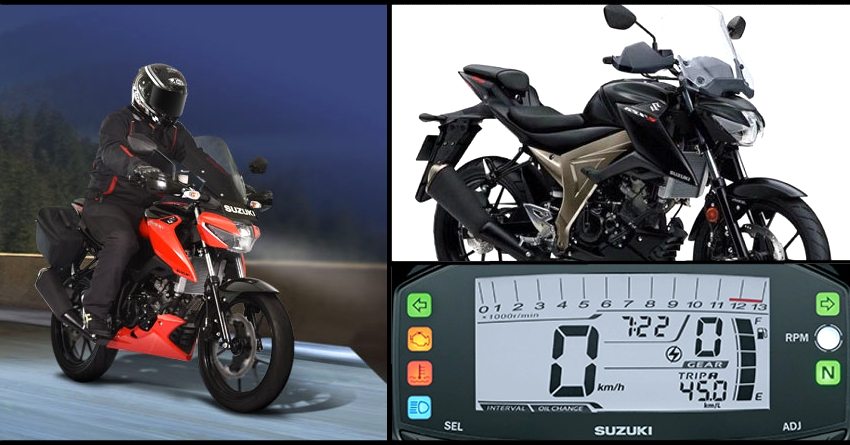 Suzuki motorcycles are looking for some expansion in Indian motorcycle industry and for that, they came up with their international sport bike, the GSX-S1000F. A look at the bike will make everything clear about it. Its big, it’s fast and it’s safe. Suzuki has officially launched both the faired version and the naked version of the GSX-S series in India.

The first look at the side view will make you go crazy. The front end resembles the beak of an eagle, ready to take over anytime in its way. The body seems to have heavy amounts of fairing, which no doubt suits its personality. The golden forks at the front add up to its beauty and the rear part is completely shared with the naked sibling.

A totally digital instrument console has been used in its case. The console is same as that in the GSX-S1000 and has the same features like traction control, instant fuel usage indicator etc. The tachometer, odometer and speedometer remain digital.

The GSX-S1000F is available in Candy Red with Black and Metallic Triton Blue shade and the ex-showroom price of the bike is INR 12,70,000.

Suzuki GSX-S1000F - Beyond the Sportbike

Available Shades in Suzuki GSX-S1000F to Choose From

Be the first to write a review for Suzuki GSX-S1000F

Candy red ? I love the shape too better then Honda cbr 1000rr.