Most Popular Cars by Toyota All Cars By Toyota Toyota Innova Modified To Look Like A Premium Lexus MPV
Saturday, 12 November 2022 0:00 AM Toyota Rumion MPV Is The Rebadged Version of Maruti Ertiga
Sunday, 09 October 2022 0:00 AM 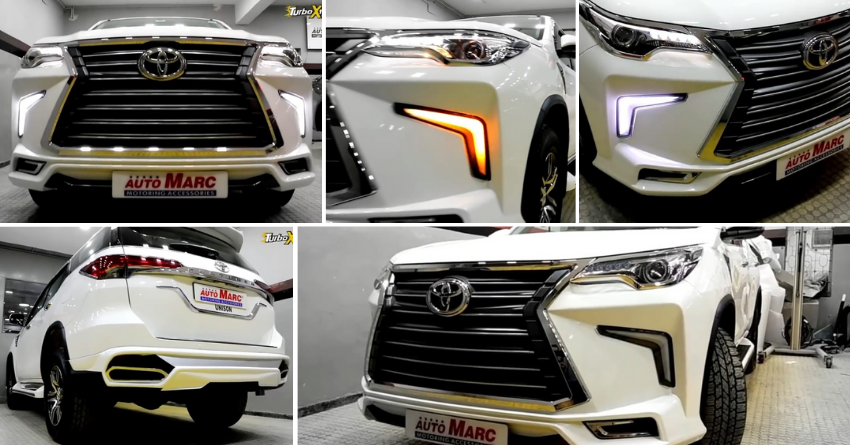 Here's Why Toyota Has Stopped Taking Bookings For Innova Diesel
Tuesday, 06 September 2022 0:00 AM

Toyota Motor Corporation is a Japanese worldwide automotive producer based in Toyota, Aichi, Japan. Toyota's collaborative structure consisted of 364,445 employees internationally as on 2017, and, as of October 2016, it was resided as the fifth-largest company in the world by revenue.

Toyota is declined as world's largest automotive producer in 2018. It was the world's first automobile manufacturer to produce more than 10 million vehicles per year which it has done since 2012 when it also reported the production of its 200-millionth vehicle. As of July 2014, it was the listed as the largest company in Japan by market capitalization and by revenue.

Toyota is the universal market leader in the business of in cross electric vehicles, and one of the largest companies to strengthen the mass-market approval of hybrid vehicles beyond the globe. Accumulative international sales of Toyota and Lexus hybrid passenger car models achieved the 10 million milestones in January 2017.

Its Prius family is the world's top-selling hybrid nameplate with over 6 million units sold worldwide as of January 2017. Toyota Motor Company outgrows vehicles under five grades, including the Toyota brand, Daihatsu, Hino and Ranz.

Toyota, which earlier was the world's third largest automotive manufacturer leaving behind Ford, originated for first time in history more vehicles than Ford in 2005, and in 2006 even more than General Motors and has been the world's greatest automotive producer in consideration, except in 2011 when it, triggered by the 2011 earthquake and tsunami, bringing it down to 3rd position behind General Motors and German Volkswagen Group.

Currently, 10 Toyota cars are available for sale in India. In these present days, the lowest outlay Toyota model is the Etios Liva at Rs 5.49 Lakh and the highest outlay model is the Land Cruiser at Rs 1.35 Cr. The Upcoming Toyota car casting includes Vios, Camry, Yaris, C-HR, Rush.

Most Popular Answers for Toyota

Which is better among Volkswagen Cross Polo and Toyota Etios cross in diesel?

When it comes to choosing between the Mahindra Scorpio Classic S11 and the Toyota Innova Crysta, it is hard to say which one is better. Both cars have their own unique features, and each one has its own advantages and disadvantages. The Mahindra Scorpio Classic S11 is a good choice for those who are looking for a reliable, powerful and stylish car. It features a 2.2-litre mHawk diesel engine that offers good performance and fuel efficiency. It also has a great interior design that is both comfortable and spacious.

On the other hand, the Toyota Innova Crysta is a good choice for those who are looking for a car with more space. It has a 2.4-litre diesel engine that offers good performance and fuel efficiency, and a comfortable interior design. Ultimately, it all comes down to personal preference and budget.

How many colours are available in Toyota Innova Hycross?

What is the expected seating capacity of Toyota Innova HyCross?

The seating capacity of the Toyota Innova Hycross is seven passengers. It comes equipped with a comfortable seating arrangement, featuring a second-row captain's chair and a third-row bench seat, that can accommodate up to seven passengers. Additionally, the Toyota Innova Hycross is designed to provide plenty of legroom and headroom for all its occupants.
Submit an Answer

What is Toyota Innova HyCross?

Toyota Innova Hycross is a mid-sized crossover SUV from Japanese manufacturer Toyota. This car offers a robust design, reliable performance, and a spacious interior. It is also loaded with tech features like a 7-inch touchscreen infotainment system, a multi-function steering wheel, and a rear-view camera. In terms of safety, the Innova Hycross is equipped with features like ABS with EBD, dual airbags, and rear parking sensors. All in all, the Toyota Innova Hycross is a great choice for those who are looking for a stylish, reliable, and feature-rich crossover SUV.
Submit an Answer