Most Popular Cars by Mitsubishi 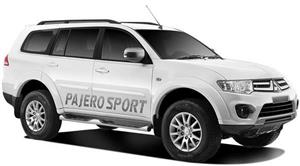 All Cars By Mitsubishi A Japanese partnership composed of a diversity of sovereign businesses which allocate the Mitsubishi brand, trademark as well as legacy created the Mitsubishi Group of Companies. It has secured the position of the sixth largest automaker in Japan and the seventeenth largest in the world by renowned international vehicle production.

The former biggest industrial group Mitsubishi Keiretsu partially own this brand in Japan and was created in the year 1970 from the automobile division of Mitsubishi Heavy Industries. The company has its headquarters in Minato, Tokyo.

The Model A, Japan's first series-production automobile was introduced by Mitsubishi Shipbuilding Co., Ltd. This seven seater handmade sedan was based on the Fiat Tipo 3. The production was stopped after building 22 cars because the car proved to be very expensive.

The Mitsubishi 500 was introduced then, a mass market sedan, to accomplish the new market demands of customers. Over 75,000 vehicles annually within the time period of three years only.On the basis of company’s achievement, it was decided that they should create a single operation to focus on the automotive industry. On April 22, 1970, Mitsubishi Motors Corporation was introduced as a wholly owned subordinate of Mitsubishi Heavy Industries.

The main motive of the company's augmentation game plan was to increase exports by forging alliances with well-established foreign companies. Therefore, in 1971 MHI sold U.S. automotive giant Chrysler a 15% share in the new company. Mitsubishi finally achieved an annual production of one million cars in 1980.

Under a contract signed in September 1995, the two companies agreed that Mitsubishi Motors would supply HTML with technical assistance relating to the production of a gasoline engine Lancer model under a contract signed in September 1995. An annual production capacity of 30,000 units is included in HMLs Chennai factory. Full range of Mitsubishi cars, products, as well as the Pajero, Cedia, Lancer, Montero and the Outlander models are sold in India.

Most Popular Answers for Mitsubishi

When is Mitsubishi Planning to Launch the 2014 Outlander Diesel in India?

The Hero Xtreme 200R features a single-channel ABS, with a 276mm Single Disc at the front and a 220mm Single Disk at the rear for braking.
Submit an Answer

When is Mitsubishi Planning to Launch the 2014 Outlander Diesel in India?

Mitsubishi Outlander diesel will hit the Indian shores next year.
Submit an Answer

What is the Ex-showroom Price of Mitsubishi Pajero Sport Anniversary Edition?

When is Mitsubishi Planning to Launch the Attrage in India?

So far, there is no buzz in the market regarding the release date of Mitsubishi Attrage in India.
Submit an Answer

Should I buy a second hand Mitsubishi Cedia Sports?

Mitsubishi Cedia Sports is a great option if you can get one in a perfect condition. The car came with a powerful 1999 cc, 4-cylinder petrol motor producing 115 BHP @ 5250 rpm and 175 Nm @ 4250 rpm. It comes mated to a 5-speed manual gearbox and uses safety features like ABS and dual front airbags. The car also has a good 430 liters of boot space and provides decent range in a 50 liter fuel tank. It is not available in CNG but can be fitted with an approved CNG kit from the market.
Submit an Answer