Which One is Better - Ford EcoSport vs. Renault Duster vs. Nissan Terrano?

Price: The cheapest SUV launched by American Motors Giant Ford under the name Ford EcoSport at a price as low as Rs. 5.82 Lacs and its variants goes up to Rs.9.37 Lacs, which definitely has shaken the mini-SUV market in India. Another mini-SUV from Renault that has proved a tough competition to other cars in the same segment is Duster, which comes with a seating capacity of 5 with a starting price of Rs.7.99 Lacs for the petrol version. The upcoming mini-SUV by Nissan which resembles with Renault's duster a lot because of sisterly relation between Renault and Nissan comes at a price of Rs.7 Lacs. 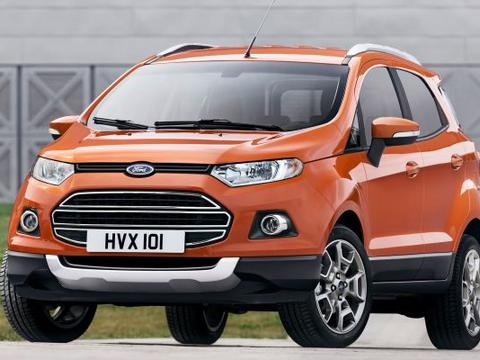 Features: Ford EcoSport is exactly 316mm less than duster which is easily observed in the form of its poor leg room at rear seat and boot space which is 134 liters. Duster also beats EcoSport by a 5mm better ground clearance. EcoSport offers a mileage of 22.7kmpl, whereas duster offers, 20.45kmpl and Terrano also offers 20.45kmpl. Hence EcoSport leads in case of mileage.

Verdict: If we take in consideration the exteriors Ford EcoSport and Nissan Terrano are way more stylish than Duster, whereas EcoSport lacks in boot space and rear seat comfort, but it is overcame by its low cost and higher mileage than the other two cars in the same segment. But overall Ford EcoSport beats the other two as low cost and high mileage is what we Indians look up to.

Deals of the Day

Best Offers of the Day on Online Stores

Select a Tag to View Questions

What is the price of second hand Maruti Swift VDi in India?
10 Oct, 2017 | 5529 views
Maruti Swift VDi has high resale value and thus, buyers looking for second hand model will have to pay more than other car of its class.
What is the price of Maruti Swift VDi in Delhi?
10 Oct, 2017 | 4209 views
Maruti Suzuki Swift VDi gets a price tag of INR 6.52 lakh in Delhi. This value is ex-showroom and does not include road tax, insurance and other charges.
What are the new features in 2017 Maruti Suzuki Dzire?
18 May, 2017 | 5015 views
2017 Maruti Dzire comes with loads of new features that were not on offer on the last generation model. It comes with projector headlights, LED daytime running lights and an all new front grill on the 2017 version.
I need a tough SUV. Should I buy Mahindra Thar or Force Gurkha?
18 May, 2017 | 5653 views
Mahindra Thar is a better option if considering a tough SUV under INR 10 lakh. Thar comes with a more powerful, 2498 cc turbocharged diesel engine producing 105 BHP at 3800 rpm and 247 Nm of torque at 1800-2000 rpm.
When will Maruti launch the automatic variant for Vitara Brezza?
18 May, 2017 | 4577 views
Maruti Vitara Brezza AMT was last shown at 2016 Indonesia Auto Show. The event took place nearly 9 months before the current date and this hints that they can anytime launch the AMT variant for the car.